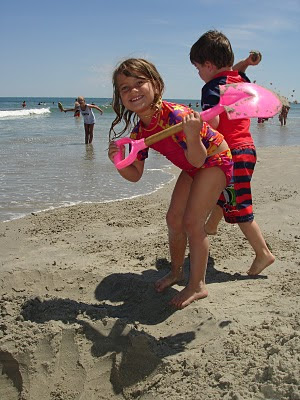 Today was one of the most fantastic beach days I have ever experienced.  There was no humidity, it was hot, but not too hot, sunny, and the water was clear (no seaweed, jelly fish, etc..) and refreshing but not too cold (at least not for me).  My sister and her family arrived this morning just after 9am so we all hung out, had lunch and then headed to the beach.  Mia and Nik wanted to dig a hole and fill it with water so that's what you see in the two of the  photos. They both also enjoyed playing in the sand. Nik is really into batman so he was using shells or whatever to play pretend batman. 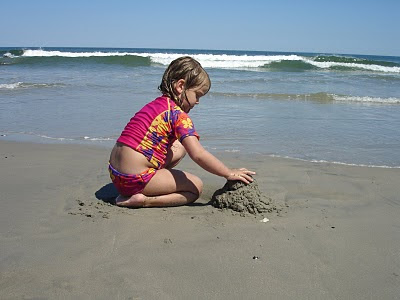 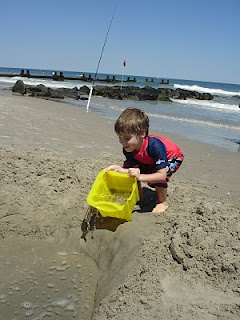 My friend Wendy and her family arrived on the beach later and came to say hello.  (They are rented a house a couple of blocks away this week) Gavin and Emma both wanted to boogie board but were too shy to ask each other, even though they have known each other since they were babies -- granted they only see each other once a year, but still.  I guess that's what happens when you are 11 and almost 11!  Their Mom's organized them and then Uncle David walked down to the boogie board beach with them -- I walked down later with Mia and Nik to visit and managed to get a photo of Emma and Gavin on their boogie boards -- apparently they managed to talk to each other eventually. 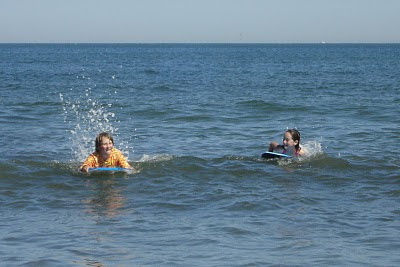