Day One: The Keys 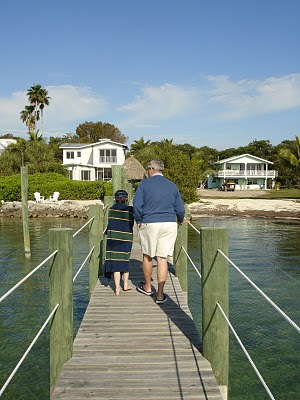 As I sit here waiting for Olympic pairs figure skating to come back on I thought I would upload some photos and write a bit about our first day in the Keys.  Papa and Emma were up first and went up to a bakery on Big Pine Key to buy croissants and bagels for breakfast. Papa thinks they are the best croissants he has tasted outside France!  We ate these on the screened porch and then Emma decided it was time for a swim even though the pool water was only up to 70 some degrees.  After she got out we walked out to the end of the pier to check out the view both of the Atlantic Ocean and of the house. 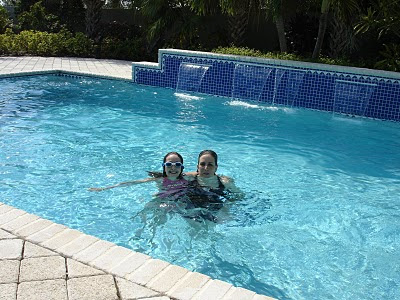 I decided that if I got warmed up I would get in the pool so I went with Hazel and the dogs for a nice brisk walk after which I felt like I wanted a swim. It was quite warm in the sun and in the pool, but a bit chilly in the shade.  We spent most of the afternoon alternating between lying in the sun and swimming.  This place is fabulous -- in fact Emma declared "this is paradise."  Not only does it have a two person hammock under a tiki hut, and a pier and swimming pool with a fountain -- it also has a small private beach area which is separated from the pool and neighbors by a hedge.  I took a lovely nap there and did some reading too.

We headed into Key West around 5 pm to check out the street performers in Mallory Square.  The main act we watched was terrific.  You can see the photo of him juggling fire while riding a unicycle. The thing is he was so funny and entertaining and had terrific timing.  It was driving me nuts for most of the performance because his voice reminded me of someone and it took forever for me to realize that he sounded like James, the hairdresser, from Athens. After watching him we had dinner at the Bistro in the Westin hotel looking out over the water.  I very much enjoyed my citrus mojito!  Emma took the great photo of me and of the little boy looking through the barrier.  It was the same little boy, about 2 or 3, who had run away from his Mom at their table and came right over to our table, then when she told him to come back he actually just starred at her, as toddlers do, and then crawled right under our table. It was so amusing for us, but I know that she must have been embarrassed! He did finally come out after she got down and talked to him.  We had a GREAT day! Thanks Papa and Ga. 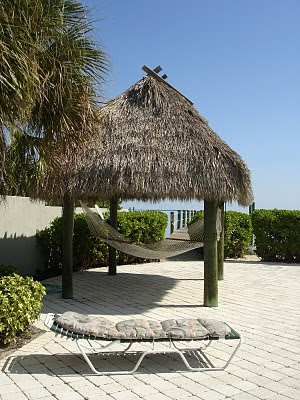 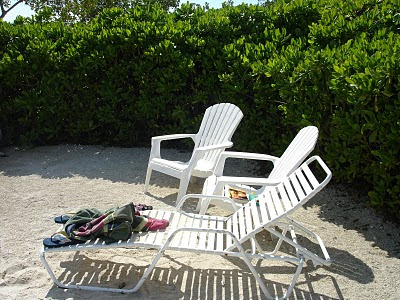 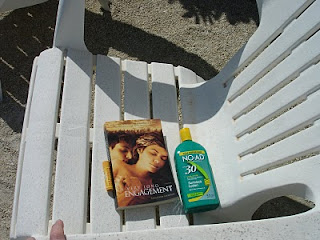 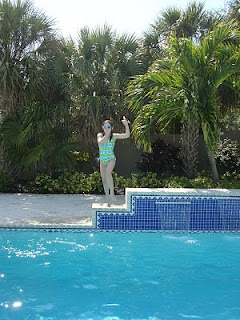 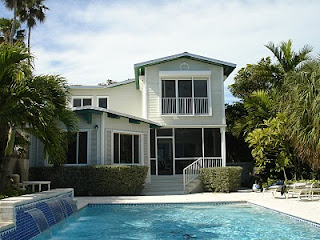 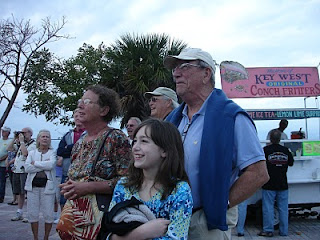 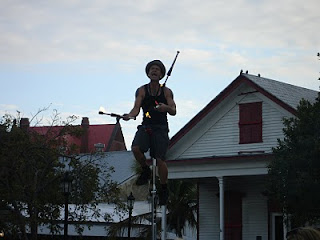 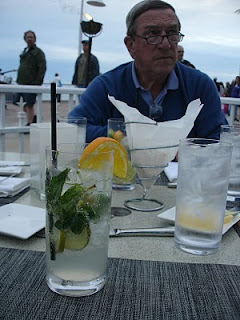 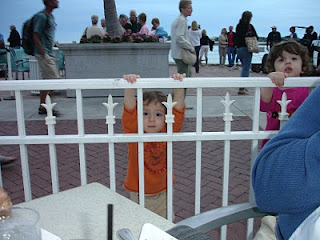 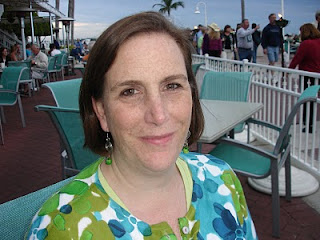