Stress is a perverted relationship with Time

The title is something I just heard John O'Donohue say in an interview on the Minnesota Public radio show "Speaking of Faith".  He's was an Irish poet, philosopher and Catholic scholar. I downloaded their podcasts and was listening while weeding and spreading mulch.  He was talking about how we are all so busy all of the time.  Anyway, it struck me at the time, which was actually a few days ago now.  I didn't get around to writing this until today though the idea was to share the photos and my thoughts while they were fresh in my mind.  They are all from Tuesday, April 13th which was just the most beautiful Spring Day here and I spent as much time as possible outside gardening.  Emma was home sick and we also spent time cuddled on the couch together (you can see Chloe lying at our feet on the blanket below).  We watched a great movie from 2008 which is available on Netflix Watch Instantly called Lost in Austen.  A contemporary fan of Jane Austen's Pride and Prejudice changes places with the character Lizzie Bennett and is living in the world of the novel. Anyway, here are some photos from that day. 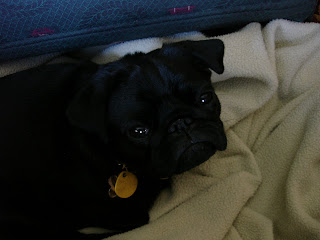 Pile of mulch I had delivered:  7 cubic yards! 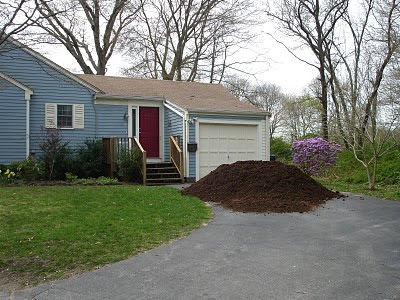 Daffodils I planted last Fall in the front bed.  Some of my favorites that I had in Athens, GA. Ordered from Brent and Becky's Bulbs of course. 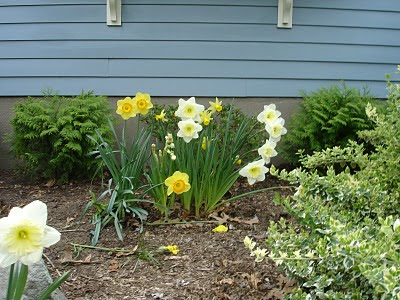 BEFORE: Bed behind the house 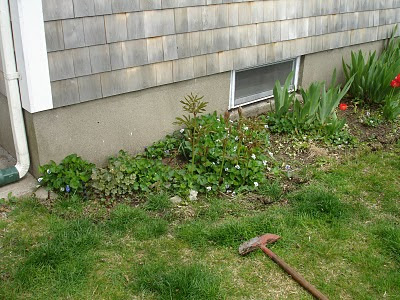 AFTER: Bed behind out house 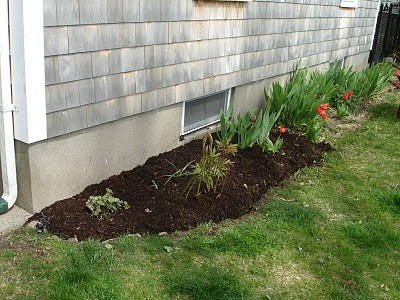 Nicole Maynard-Sahar said…
Gorgeous pug, and the flowers are nice, too! I prefer dogs to gardening but your photos are inspiring.
4/26/2010 10:37 PM