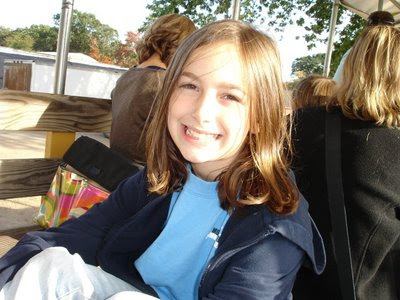 This afternoon Emma, my mother-in-law Brenda, and I went on a tour of Four Town Farm which gets its name from the fact that it is located where the two towns of Barrington and East Providence, RI meet the two towns of Seekonk and Swansea, Massachusetts. So, as the tour guide said to the kids - two plus two equals four. The tour was organized by the Family committee of the Barrington Newcomers & Neighbors group which I am the Treasurer off. Most of the kids were younger than Emma, but there was a first grader there and she enjoys playing "older sibling" to my friend's kids. We rode in a wagon attached to a tractor and took a drive through the fields where we saw lots of things growing such as: red peppers, onions, pumpkins, flowers, corn etc... Emma was actually more interested than I thought she would be since they are just starting a unit in science on "living things" ie: plants and animals. One of her assignments this week is to bring in a fruit or vegetable with seeds inside. 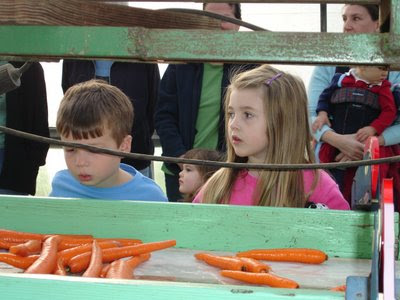 We also got to go into one of the farm buildings and see how they get the carrots from the back of the truck and into bags for the store. They go up a conveyor belt and then into a big rotating tub where they get washed by running water and then they pour out onto the conveyor belt you can see in the photo above. The kids got to bag some carrots each and use the machine that tapes the bags shut at the top. It was a big hit with all the kids and it was particularly amusing to see two of the little toddler girls clutching their bags of carrots to their chests as if they were baby dolls. I was almost wishing that Emma was littler again, but it's also fun to enjoy friend's kids and then send them home. 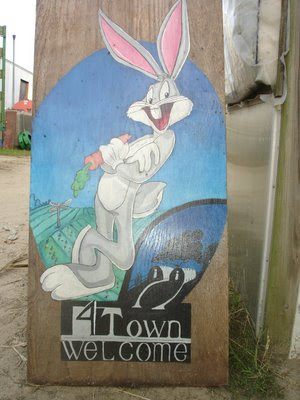 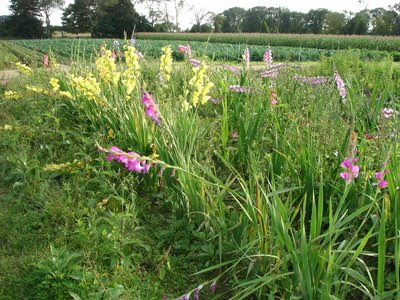 Some flowers from the cutting area, with a view of the fields beyond. It was also a great Fall day to spend outside. They also had a corn maze we all went through -- some of us more than once -- I think Emma and some of the kids went through three or more times.