Thoughts on Artistic Freedom of Expression, Cancel Culture and Being a Christian 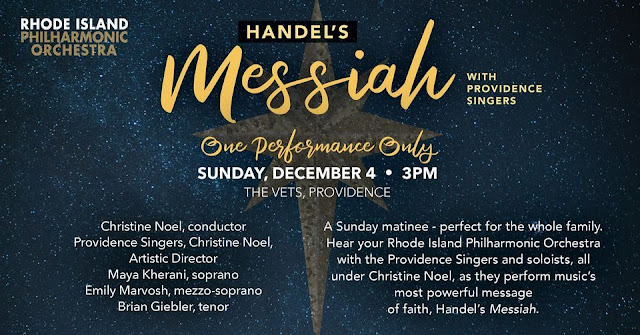 On the way back from Providence Singers rehearsal my friend Christine was sharing about a podcast/radio show she'd been listening to. One of the things in particular has had me thinking about it all week. She shared that an African American Episcopalian minister talked about how he will not listen to Handel's Messiah because the money paid to Handel to write the piece was from slave trading. Now, I find this particular example somewhat ridiculous as Handel wrote in the 18th century when I imagine a lot of capital available to pay for artistic works was from the slave trade, also slavery was legal -- and whether we like that or not (I personally do NOT obviously) it is always "wrong" or at least inaccurate to apply current (21st century in this case) morals to any past century. If this was a contemporary work funded by slave trade money then boycotting it might have some impact but nothing we do now is going to fix anything in the 18th century.
I'd also ask if Handel knew where the money came from? Even if he did his focus was on producing a creative work -- and my goodness did he do that! It is a marvelous musical work using text directly from the Bible and it inspires and uplifts me every single year when I sing it with the Providence Singers. I believe it has touched the lives of many others to -- judging by our sold out audience every year. To me, this inspiration far and away transcends any wrong that was done in the 18th century. It makes me very sad that someone might miss out on this remarkable piece for any reason.
Now, I recognize his right to listen or not listen to whatever he likes, but why not acknowledge that the piece was funded by slave trade money, and then rejoice in the fact that something excellent came out of something evil.  I think applying this sort of litmus test standard to what you will or will not listen to, read, look at is a slippery slope -- that taken to it's nth degree will land us in totalitarian Germany or Russia, where art from those that have differing views from those in power is banned, and the artist persecuted. Okay, so maybe this is a bit extreme -- but is it? Look at how easy it is these days for a vocal group of those who find something offensive to get the offensive person or that person's work -- cancelled? Isn't depriving someone of their livelihood persecution? Or even worse, stopping artists from creating works because they are afraid of being cancelled (self-cancelling).
Then there is the difficulty I have with a man of God being so unforgiving in his approach to Handel and his music. Where is the love, where is the forgiveness? As a Christian and regular church goer, if he was my minister I'd have a hard time opening up to him or reaching out to him.
This example certainly isn't the only one out there. I've had conversations with some Christians who don't listen to or read anything that isn't composed or written by Christians. I need to ask for more details about why next time, but maybe it's because they are afraid that something in the work with cause them to falter in their beliefs? Madeleine L'Engle addressed these types of questions in her book, Walking on Water: Reflections on Faith and Art, which I highly recommend.
For a much more eloquent take on this read James Campbell's editorial in the Wall Street Journal, May 24th, 2022, "Great Art doesn't care about Fairness, Equality or Identity."
Oh and yes -- there is a bit of shameless self/Providence Singers promotion here too. Click here for more info on our season, including the Messiah.
Email Post
Labels: 2022 cancel culture censorship christianity Handel's Messiah Providence Singers