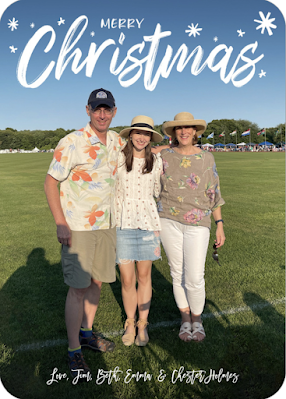 I thought I’d resume the tradition of writing a Christmas letter this year, but of course I’ve left it until the last minute and now my cards are going to get mailed later than I like, but then again Christmas is actually December 24th-January 6th so maybe the later timing is just fine. As I write this I am still in full-on Advent mode, and I have only decorated for Christmas outside because I wanted the lights to cheer us all up now that it gets dark here in Rhode Island at 4:30pm. My usual trigger to decorate is Emma coming home for Thanksgiving, but this year she spent Thanksgiving at my sister Kate’s house in Baltimore and then had a second Thanksgiving at her boyfriend Joe’s home the day after Thanksgiving in New Jersey. I visited her for a long weekend in mid-November and told her it would be okay to save herself the long drive home from Lancaster on the busiest driving days of the year. Jim and I love Lancaster, so we hope to spend more time there next semester, which will be Emma’s last semester, as she is already a Senior in college. I don’t know where the time went – it feels like we just moved her in for her Freshman year. Maybe COVID has made time move in strange ways, or perhaps as we get older everything just moves so much faster. 2021 has certainly flown by for me.

The biggest event for us this year was the arrival of our new family member, Chester, a fawn color Pug puppy. He’s named for Admiral Chester W. Nimitz. We all drove six hours each way to a small town near Syracuse, NY, to pick him up in mid-January. We got lucky with the weather, but Emma did have to drive us through a small snowstorm right before we arrived to pick him up. We made a weekend of it and drove out on Saturday, stayed in a hotel, and even ate dinner out – which was weird – first time in ages and the tables were very spread out. The next few months we were reminded of how much work a new puppy is, but also how fun puppies are and how much joy they bring to one’s life. We took him to Puppy Socials at Pooch Pawsitive, in East Providence, and he now goes to Doggy Daycare there three days a week so he doesn’t need to be home alone all day when we are at work in Newport. He absolutely loves it there, and they love him.

At the Naval War College Library we all worked remotely for the first half of the year, with a few staff members going in as needed to handle physical library materials. We officially reopened the physical library at the end of July in preparation for the arrival of students for in-person classes in August. We have worked out a hybrid schedule where we all work onsite three days a week and work from home two days a week. This is the schedule I’d been wishing for even before COVID, so I’m thrilled. The only downside is that it does make it more challenging to get into a routine, something I’m still struggling with. We went “Live” with our new Library Management System at the end of January and have been very busy writing new workflows and procedures as we learn to use this new system. I’m still head of the department that keeps our library systems running, orders library materials, manages subscriptions, and makes resources discoverable to our patrons (i.e.: cataloging and metadata management). Enough about my work… I – Beth -- continue to sing with the Providence Singers as an Alto. We met during COVID on Zoom every week and working on the Brahms Requiem in anticipation of being able to perform in live in the Fall, additionally we did a lot of music theory and sight singing, and made several virtual recordings which you can listen to on our YouTube channel. We were able to perform the Brahms Requiem in person to a live audience in early November – what a fantastic experience. I don’t particularly enjoy wearing my singers mask, but it’s worth it to sing with others again!

Jim showed it is possible to write a book while sitting in Archie Bunker’s chair with few hardcopy resources at hand. The Internet Archive, Gutenberg Project, and universities have made so many books available online that, while you might not get your first preference, you can usually come up with something good enough. The book, Habits of Highly Effective Maritime Strategists, appeared this September. Its premise comes from Aristotle, who says we are the sum of our habits. It goes from there, showing how to develop the habits needed to excel at sea. This year Jim reaffiliated as a nonresident fellow with the University of Georgia Center for International Trade and Security after a lapse of a few years. He also joined the Brute Krulak Center for Innovation and Future Warfighting, U.S. Marine Corps University, as a nonresident fellow, and has done a fair amount of wargaming of concepts to deter or defeat China. He’s been granted a sabbatical from March-September next year and is planning to work on the next book, A Brief Guide to Joint Sea Power; teach a virtual seminar on Chinese Sea Power at Covenant College, Lookout Mountain, GA; and spend some time in residence at Maine Maritime Academy to talk China with Navy ROTC students and study the merchant marine.

Emma was able to study in Bath this Summer for Five weeks on a program that is run by Franklin & Marshall, where she is now a Senior.  The students were from many different colleges.  She took two courses, "The Romans in Britain" and "King Arthur: Life & Legend”. The courses made use of the sights in Bath, such as the Roman baths, and additionally they were able to do some sightseeing with the group, including trips to Stonehedge, Salisbury, the Dorset Coast, Bristol, and Glastonbury. She returned to in-person classes this Fall and has been very busy with courses towards her double major in History & Government, as the President of her sorority - Alpha Delta Pi, dancing in the Dance Company, and hanging out with friends. She lives in her sorority house which is half of a Lancaster row house a few blocks from campus. We are looking forward to having her home for a few weeks over Christmas and New Year’s.  She hasn’t been home since early August, though we have visited her several times during the semester, at our beach house and at my Dad’s.

Sending all of you best wishes for the New Year. Please come and visit us in Rhode Island or at our beach house in Stone Harbor (when it’s not rented). We’d love to see you. 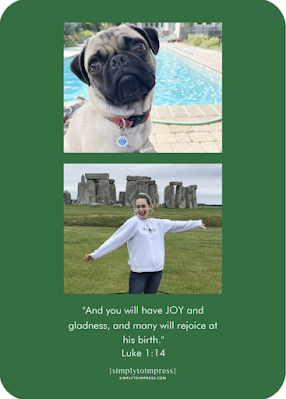