I've been wanting to share some of these photos and try to express how I felt in this magical place. I know that my words won't do it justice at all. The nearby Isle of Iona is said to be a "thin place" which is a term that's been used for Millenia to describe a place in time where the space between heaven and earth grows thin and the Sacred and secular seem to meet.  Emma and I went to Iona on this trip to Scotland and it is certainly a special place, but to me Lochbuie was much more sacred, ethereal and "thin". Maybe partly because there were only a few other people in Lochbuie when we visited, whereas Iona was relatively busy with day trippers. Even the drive from the main road to Lochbuie was gorgeous. It's 8 miles and took about a half hour on the single track road (like most of the roads on Mull!) We drove along the shores of Loch Spelve and Loch Uisg enjoying fantastic scenery (while watching out for cars coming from the opposite direction so I could pull into a passing place). 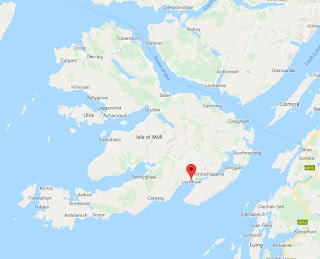 Lochbuie has a special significance to me as it's the place where my Great Grandmother Emma Belle McLain's ancestors came from. My Emma was named after her as well. The family name was changed at some point, probably when they went to Northern Ireland, but was originally Maclaine of Lochbuie. Some time in the 14th century Hector Reganach Maclean broke with his brother Lachlan Lubanach Maclean, who was the head of the Clan Maclean, and moved down the coast of Mull and founded the Macleans of Lochbuie, changing the spelling at some point to Maclaine.

Even if I had not had this special family connection, I hope I would have ventured off the main road from Craignure to Iona anyway. Our Air B and B hosts in Tobermory, at the other end of Mull, had mentioned that they'd been down to Lochbuie a few days before we arrived just to see the spectacular display of wild rhododendrons.  They were not wrong in their description as they were everywhere, and fully in bloom. Undiscovered Scotland writes that this is the "most rampant and out-of-control display of rhododendrons you are ever likely to see in Scotland." I couldn't take enough photos of the lush, green. magical and colorful landscape. Emma and I followed part of a walk from our Mull and Iona: 40 Favourite Walks book that I'd purchased on the ferry from Oban. We parked near the picturesque post-office/general store/coffee shop and headed along the path to Moy Castle which passed between the current Manor House and the head of Loch Buie, through some woodland, and fields and over a stream. The castle is a partly ruined tower and you can't go in. If it hadn't been raining and wet we would have continued on around the route to the standing stones, but alas we did not. I'd love to go back some day -- hopefully soon to explore more of both Lochbuie and the Isle of Mull. Enjoy the photos. 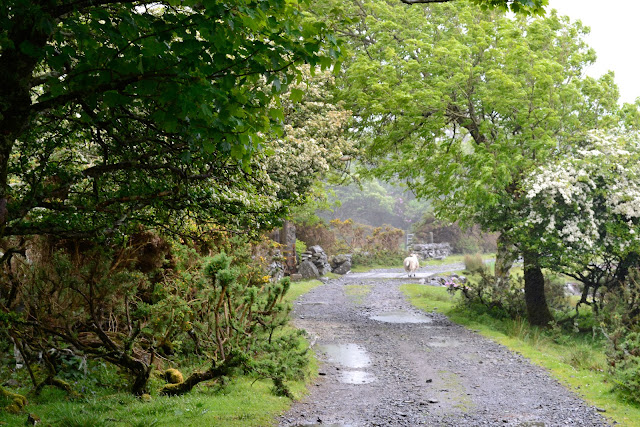 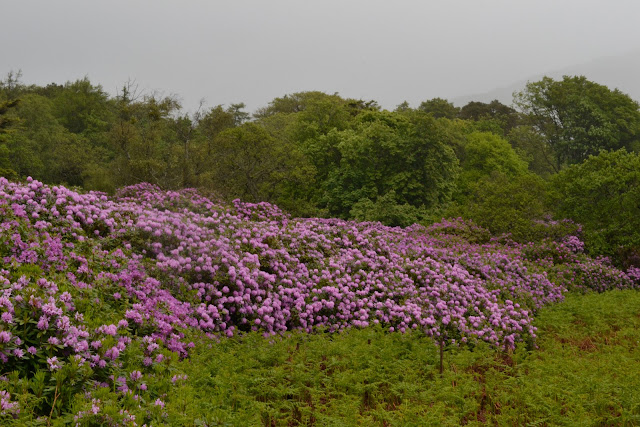 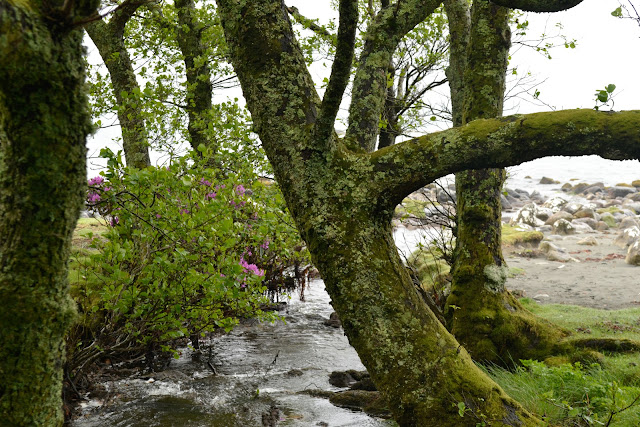 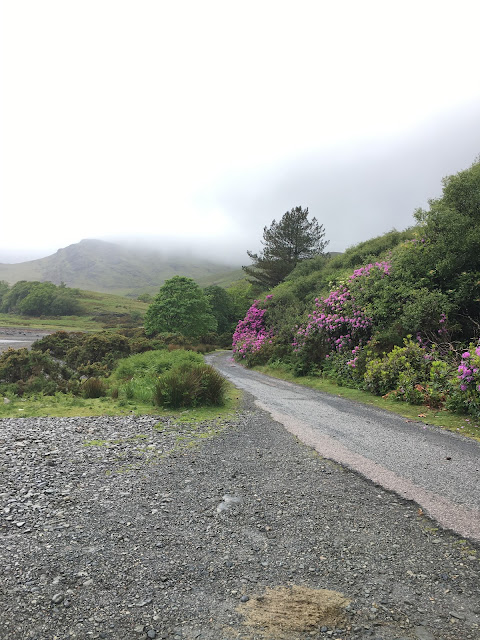 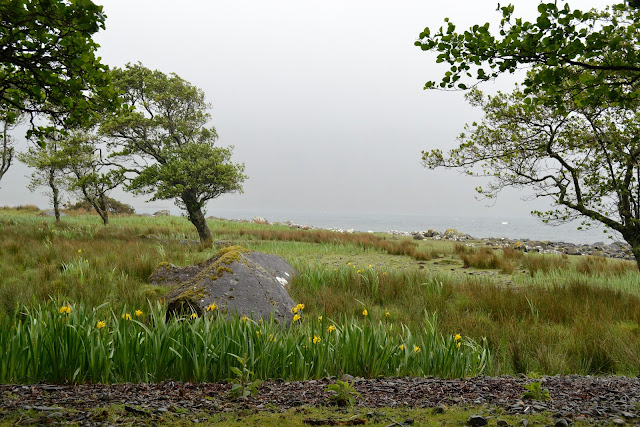 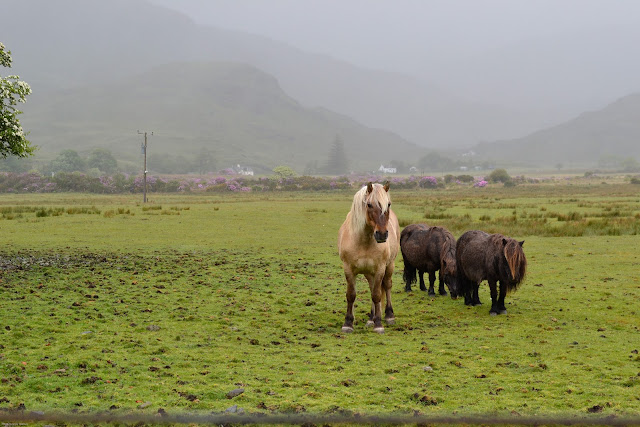 [All Photographs copyrighted by @Beth Geesey Holmes. Do not use without permission]

Quiet and Sun by Alexa said…
This place is really magical. Beautiful pictures.

Anonymous said…
My house is called "Lochbuie". When we bought it 20 years ago I had never heard of it and thought the owners had made up the name to make the house sound older/more established. It was built around 1950 and on the original plans was labelled as Locbuie. We figured the original owners were Maclean/Maclaine. I love my rather distinct house name. The photos are beautiful and I'd love to visit one day.
10/19/2020 9:58 PM

Singerna said…
What a wonderful name for a house! Thanks for sharing.