Is it "Reading" if you listen to an Audibook: and other dilemnas in this year's reading roundup 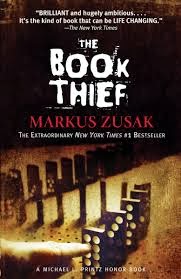 It was a really good year for books and reading. I joined Audible and for $15 a month I can download one book per month for free and listen on my iPhone. I found that I enjoy listening to audibooks while taking the bus to work (I can tune out all the annoying and inane conversations around me) and also while driving Emma to and from ballet. Audible gives members a 30% discount on audiobooks outside the one free per month. I also continue to enjoy my book group, and read a number of great books (and some I couldn't finish) for book group this year. I still love mysteries and discovered a guilty pleasure -- devouring M.C. Beaton Agatha Raisin books which can be purchased for my Kindle at less than $8 per book.

So here's what I read (or listened to) in 2013. Audiobooks are in Green and Book Group titles are in Brown. You can read my full reviews at my Goodreads account.

Five out of Five Stars
Man's Search for Meaning by Viktor Frankl
The Five Love Languages: How to Express Heartfelt Commitment to Your Mate by Gary Chapman
Unbroken: A World War II Story of Survival, Resilience and Redemption by Laura Hillenbrand
Tell The Wolves I'm Home by Carol Rifka Brunt
The Book Thief  by Markus Zusak
Where'd You Go, Bernadette by Maria Semple

Kim (Sophisticated Dorkiness) said…
I think listening to books counts as reading. I'm always fascinated to see how many people listen to books, especially people who listen to the majority of their books. I'm not sure I can do that, but I think it's awesome.

I signed up for Audible last year and love it. It's so much easier to listen to audiobooks when I can just download them to my phone with no fuss.
1/05/2014 11:17 AM