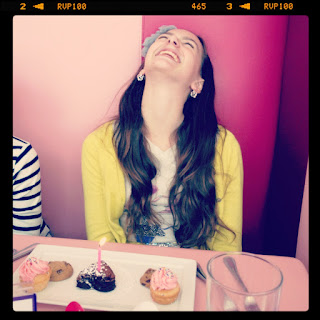 We had a huge event in the Holmes Household this past weekend. Emma turned 13! So, we officially have a teenager now. Her actual birthday was on Sunday, October 7th, but we started celebrating on Friday with Pizza and movie night and present opening. Emma chose to watch episodes of "Eureka" a TV show we've been working our way through on Netflix. Her gifts from Jim and I were a dress/tunic, matching﻿ cardigan, and earrings with ballet shoes on them. You can check them out in the photo below. Her birthday also coincided with the day she could change her earrings for the first time. Saturday night we celebrated by going out to dinner -- also Emma's choice. She decided on going to Sushi Express here in Barrington which made all of us happy. She loves their gyosa/dumplings. 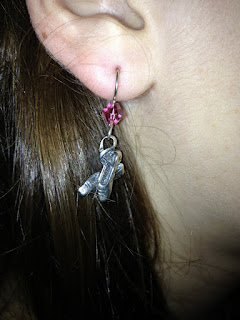 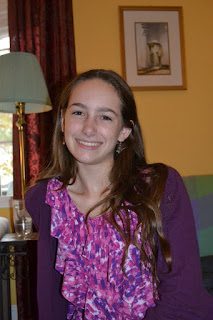 On Sunday afternoon the big celebration began. Emma and two of her closest friends and I drove up to Natick, outside Boston, to spend the night in a hotel and then go to lunch and shopping at the American Girl Doll Store on Monday -- which was a school holiday for Columbus Day. We stayed at the Marriot Courtyard in a Suite because it was cheaper than two rooms and because I wanted the girls to have their own space separate from mine (okay I wanted my own space too). Sunday after we arrived the girls went straight to the indoor swimming pool and spent a happy hour going between the pool and the whirlpool spa while I read my book -- I read my book a lot on this trip! 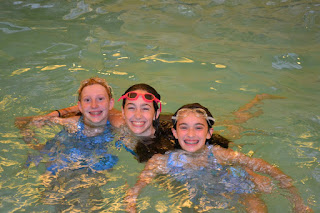 Then we had room service and they watched an on Demand movie -- Ice Age 4 -- while I read. They had the bedroom area and I had the living room area with the pull out couch. They did actually go to sleep around 11 pm so that's great.  We also had 13 candles on 12 cupcakes which I had specially made at The Sweet Shoppe bakery. They were delicious too and so creative.
﻿ 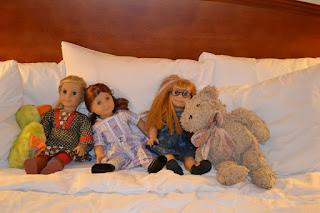 Entertainment on Monday morning was photographing the American Girl Dolls, and doing nails out on our balcony.﻿ 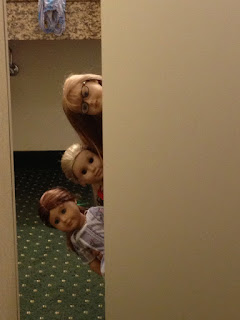 Finally time for American Girl Place. Shopping and lunch -- I think everyone in the Bistro was celebrating a birthday! We left Natick around 2pm to drive home and I don't know about Mary Kate and Ally, but Emma and I were totally exhausted and ended up taking long naps.

I'm just happy that they all still like their dolls and playing make believe as well as doing manicures and pedicures. Time enough later to be grown up and sophisticated!
﻿ 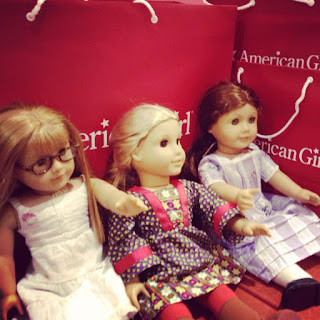 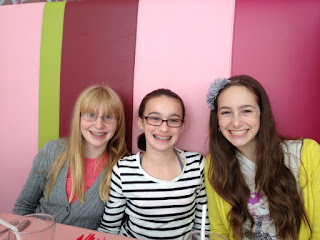 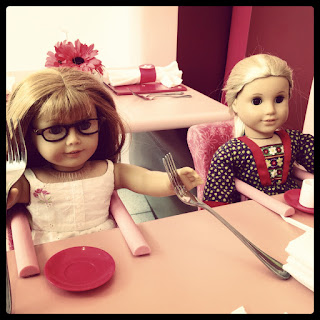 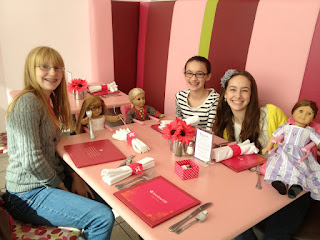 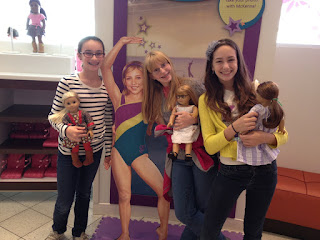