FAWCO conference in Boston with Mom 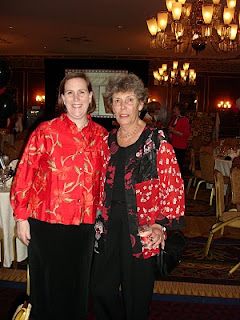 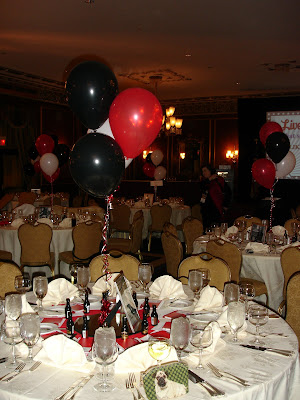 My Mom has been active in FAWCO at least since she lived in Duesseldorf, Germany from 1985-1994, and has been going to their annual conferences for many years too.  They are held all over the world, but this year it was in Boston so I was able to attend part of it with her.  FAWCO stands for the Federation of American Women's Clubs Overseas and is the umbrella group for lots of American Women's Clubs all over the world.  It is also an NGO, something I learned at this conference which surprised me.  One of their recent projects was raising funds for and providing mosquito nets for children in areas with malaria.

I attended sessions on Friday, March 12th which just happened to be the day before my birthday.  I skipped the early morning business meeting, but went to the main morning session which featured a panel of journalists from the Boston Globe, Christian Science Monitor, Tehran Bureau, and WBUR (Public Radion in Boston).  It was really very interesting, with great questions from the audience and the moderator -- a FAWCO member who has since returned to the States and resumed her career in journalism.

Next there was a luncheon with delicious food.  We met at the Boston Park Plaza Hotel and Towers right near the public gardens and the back bay.  One of the women at our table was the founder & director of a non-profit that provides support and information for American citizens who live overseas and are victims of domestic violence. Some are married to Americans and living overseas and others are married to foreign nationals. I had never thought at all about what it would be like to be living overseas and dealing with something like that -- without any support network!  Her organization, the American Overseas Domestic Violence Crisis Center, has been working with FAWCO and she was presenting a session the next day.

The afternoon session I attended was presented my someone from Family Search.  He talked about using Web 2.0 tools for genealogical research.  He was partly selling familysearch.com, but was pretty up front about it.  He did give lots of good information about Web 2.0 tools though. It was SO neat to get a glimpse into my Mom's life and meet some of her FAWCO friends.  She is actually a member of FAUSA now which is the group for former FAWCO members or others living in the US who formerly lived overseas.  Their missons is: To facilitate the repatriation experience of its members and to help them maintain their international ties in order to bring about a better understanding between the United States and other nations.  I know I could have used some assistance with  "repatriation" when I moved back to the States after living abroad for 12 years!

The big dinner that evening was a fundraiser for the FAWCO Foundation. There was a live and a silent auction and the theme was Black, White and Read (Red) All over.  To go with the newpapers, journalism theme from the morning session.  I loved the president of the foundation's outfit which you can see in the photo below.  She actually made the skirt cover out of newspaper.  The other photo is of Mom and I all dressed up for the event.  It occurred to me that we didn't have a recent good photo of the two of us together.  I bid on a few things in the silent auction and got a children's book written by a FAWCO member and a lovely set of placemats and napkins.  The Foundation funds all sorts of scholarships and the NGO work too.  Next year's meeting is in Marakech, Morocco and I told Mom to try and convince the leadership to pay my way over to present on something -- say effective Google searching -- or making the most of your online presence etc....  You know something librarianish. 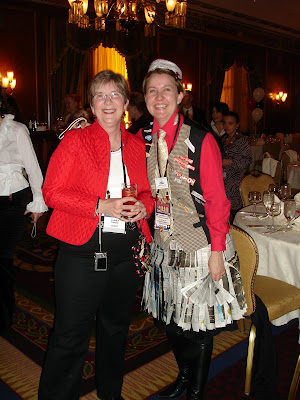