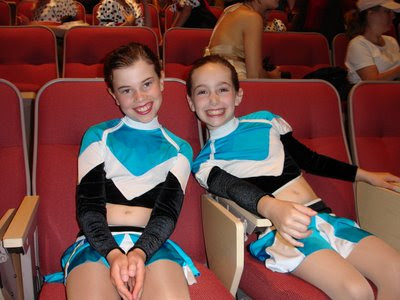 This past weekend was ballet recital weekend. Mom was here to watch Emma and help out which was great! Emma had two parts in the recital. In the first act she was a cheerleader and did a jazz dance routine to Hey Mickey by Toni Basil (you know the one from when I was in high school). Then in the second act the school did a short production of Snow White and Emma was one of the dream fairies at the end who dance around Snow White while she is temporarily dead after eating the apple and before the prince kisses her and she comes back to life. There were 8 dream fairies and they danced really well together and looked very ethereal in their violet tutus with sparkles and wands and tiaras. I enjoyed the Hey Mickey routine a lot too and Emma had a short solo part in it. It was the first time I got to see my little girl dancing all alone on that big stage. She did a terrific job! These photos were all taken in the dressing room on Sunday where I helped out. 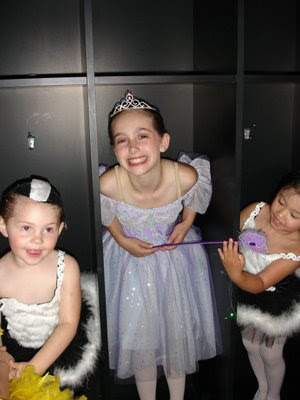 Emma as a dream fairy and one of the little "Skunks" checking out her wand. 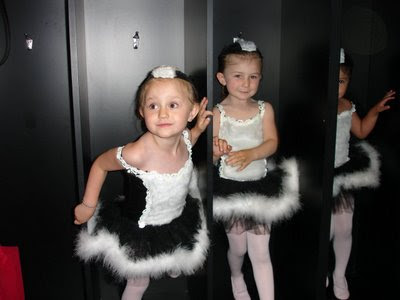 Here are the dream fairies on stage at dress rehearsal. Emma is the one in the middle. 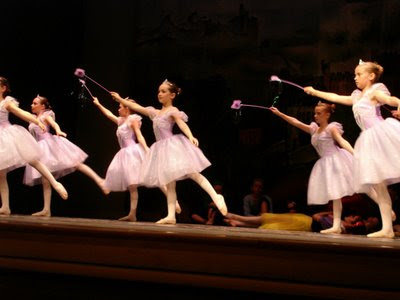 The whole group together during the Hey Mikey routine. Emma is the third from the left. The top photo is off Emma and fellow dancer Dustine waiting to be called onstage at dress rehearsal. 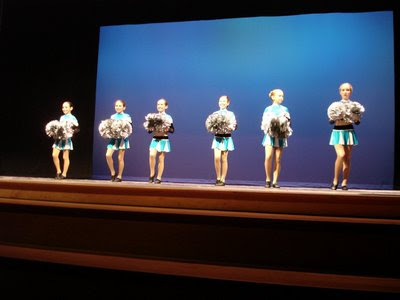